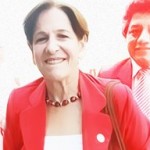 A political tremor brewing in Peru

A few weeks ago, we at The Americas Report wrote an article about the current situation in Peru, as a country finally laying the foundations for economic prosperity, this after years of struggle and internal conflicts against two major terrorist groups: Shining Path and the MRTA.

Peru is doing extremely well with its economy recording growth of over 8% annually over the past five years. Inflation has been relatively low, averaging 4.5 percent between 2006 and 2008 and analysts and experts agree that Peru has all the potential to achieve economic sustainability. Investment continues to grow in the mining and energy industries and seven interest rate cuts last year. Shockingly, recent events that are taking place in the municipal elections in Lima could well have national implications that could affect the Presidential Elections of April 2011.

Peru’s democracy is still weak and even local races and trends tend to have tremendous effects at the national level. Take the case of the municipal elections in Lima, the capital of Peru, that are to take place this Sunday, October 3rd.

The strongest candidates 2 months ago in order of popularity were:

But things have changed; Mrs. Villaran is now in first place and many believe she is set to win.

What led to this shift?

In what many consider a political blunder, Mrs. Flores Nano, thinking that her main rival was Alex Kouri, tried to take him out of the race and made an accusation to the Jurado Nacional de Elecciones (JNE), Peru’s National Election Board, arguing that he lacked the residency requirements needed to be municipal candidate. In an unprecedented move, Mr. Kouri was disqualified which led many of his supporters to switch their support to the candidacy of Mrs. Villaran.

Experts agree that Mrs. Flores has demonstrated to be a naïve politician and instead of building bridges with people that share her political views, she started alienating people like the Kouri voters. Her advisors apparently told her that since Kouri was associated with the Fujiorismo, she should vigorously voice her opposition to both and its “corruption, dictatorial past” and that this would gain her votes. Well, the contrary happened. The Kouri voters, left without the option of voting for him, fled to Villaran, who had not attacked them. Mrs. Flores thought that Villaran was no competition, but once again she was wrong.

In addition to this, some media outlets for reasons still unknown to many analysts started attacking Mrs. Flores vigorously while at the same time supporting Villaran. Some media outlets, even broadcast private conversations of Mrs. Flores that had been illegally obtained which further diminished support for her. Nobody knows who provided these tapes. Making another huge mistake, Mrs. Flores said that the people behind this leakage were the Kouri and Fujimori people without any proof or evidence. Supporters of the Fujimorismo, a solid 30% of the electorate, felt attacked once again and continued abandoning Lourdes, as many people refer to her.

Many newspapers and TV programs also started to question Mrs. Flores’ clients as a private lawyer and publicly denounced her as corrupt. It has been a very dirty campaign and the public seems swayed by this. The polls reveal this trend.

Mrs. Villaran initially presented herself as a modern leftist with progressive views. She attracted the “gauche caviar” and young people who viewed her as “cool” and “intellectual.” But when her candidacy began gaining steam, reports appeared of her alliance with radical groups. These include: the New Left Movement (MNI), made up of the Peruvian Communist Party-Red Fatherland, the Peruvian Communist Party-Unity, and other leftist organizations, immediately backed Villarán. Other supporters are:

Susana Villaran has hidden her ties to these people and groups in the past and continues to do so even though members of these groups have publicly said that they have an alliance. The problem for the electorate is that when directly confronted, she simply does not answer and claims to be the victim of a dirty campaign. In a televised debate two days ago, her opponent brought these facts to the discussion but Mrs. Villaran kept silent. In addition, the mainstream media has been extremely accommodating to her. Just yesterday it has been brought to the public’s attention that she has once belonged to the Revolutionary Communist Party of Peru, a secret she has kept from the public.

As these new revelations have gradually come to light, foreign investors and international banks such as Deutsche have voiced their concern about the possibility of the radical left winning this election and attaining power in Lima, Peru’s capital, which, they say, could change the dynamic of Presidential race set to take place next April. Currently, the candidates are Ollanta Humala, former President Alejandro Toledo, current Lima mayor Luis Cataneda and Keiko Fujimori, daughter of President Alberto Fujimori who governed Peru from 1990 to 2001. If the stakes for the left are so high, anything could happen in April 2011. More so, because the coalition behind Villaran is extremely radical.

One of the most serious problems with Mrs. Villaran is that her proposals are not economically viable, and economists say, would bankrupt Lima. Many fear and predict that if in fact, Villaran wins on Sunday, she will have a hard time controlling her coalition of leftist groups and radicals and accommodating the different factions. Others argue that once she is mayor, she will demand money from the Central government for her outlandish projects, money which will be probably withheld in large measure due to the lack of viability of her proposals. If this is the case, the SUTEP, the CGTP, Patria Roja, the Communist Party, the Humalistas and the rest of her coalition, will go to the streets, which is what they are used to do, and chaos will soon reign in Lima.

In addition, there are news reports that Chavez has donated 8 million dollars for her campaign and has great hopes for the outcome that would favor his people and his influence in local politics.

Another problem is that if she cannot please the different divisions within her alliance, fights and divisions will erupt making it practically impossible for her to actually do her job as mayor. She could well spend most of her time solving internal conflicts instead of governing.

We will have to wait until Sunday for the results. Lourdes Flores could still win, especially after these new revelations that have surfaced about Villaran and her supporters. It will be interesting to see how it all unfolds.