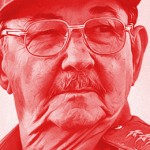 Cuba Going the Way of China?

On April 16th and 19th, Raul Castro delivered his opening and closing speeches before the sixth assembly of the Cuban Communist party in Havana. The speech spoke about reform and questioned a number of aspects of business as usual in Cuba. The speech generated a great deal of skepticism, particularly among those who have already witnessed unfulfilled promises on the part of the Castros’ regime.

Castro criticized the gerontocracy of the Cuban communist party and proposed that politicians be limited to two five-year terms in an effort to give opportunities to the younger generation, whose access to power has been blocked and thus is not prepared to lead the country.

In economic terms he blasted government subsidies for creating an unbearable load on the economy and has discouraged people from working.

Castro also criticized Cuban centralization of power as an obstacle to incentives for the development of society.

Thus, the government has granted 180,000 licenses for small businesses like coffee vendors, fast-food stands and house rentals, with tens of thousands more expected to be issued in the coming months. According to Castro, large parcels of arable land are waiting for those willing to farm them. Castro pointed out that the Cuban population and the national economy are demanding such production in order to avoid costly imports.

The reforms suggested by Castro are mostly economic and not political. He believes they are necessary in order to secure the character of the Cuban revolution. He spoke about the need for transparency and also stressed the need to listen to feedback from the Cuban people in order to rectify the imperfections of the programs application.

Those who are skeptics cannot be blamed given the history of the communist party in Cuba and the often brutal rigidity that has characterized Fidel Castro’s rule for the last 50 years. His brother, Raul, now in power, has been Fidel’s partner all along.  Political parties have been formed in Cuba since the late 1990s and more so in the last several years since Fidel stepped down. Moreover, these parties were mostly formed in opposition to the Castro regime and the views such parties represent vary from social democracy to socialist to liberal. The Castro regime has cracked down on all of them. The leader of one of the parties, the left-wing Arco Progresista (Progressive Arc) died after 85 days of a hunger strike. The Party convention that was to take place in January 2011 was aborted when Cuban security forces entered the room arresting party members and participants. Other parties such as the Liberal national party of Cuba and the Social Democratic Party of Cuba have denounced the rise of repression against their members.

Optimistic economic analysis has claimed that the liberalization of market forces could unleash a major change in the Cuban economy and even move Cuba into a mixed economy relatively fast.

However, if political parties continue to be repressed such transformation of the Cuban economy could lead to another China where there is a capitalist economy alongside a nefarious authoritarian state that has no regard for human life or human rights. Like China, Cuba could attract a large number of investors and continue a policy of repression and a foreign policy aimed at curbing American influence in the region. This is why it is important for the opposition parties to claim a place in the national debate, particularly if Mr. Castro stated his willingness to get the peoples’     input on its reform.

Perhaps, political parties should not demand the immediate removal of the Castro regime but make Castro accountable on his promises of reform. If such reforms initiate a reformist movement within the communist party (this is not certain at all), parties could become part of a roundtable that might eventually negotiate a transition to democracy in the same way that it happened in countries such as Hungary. To accept an economically liberal but authoritarian Cuba as fact of life as we did with China should not be an option.