Secretary Mattis‘ Visit to Latin America: A Good Beginning That Needs to be Taken to the Next Level Brazilian Presidential Race Led by Polarizing Figures 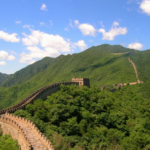 China is not the same as Russia although both share similarities.

Putin’s Russia seeks to recover its status as a world power. The party in power operates within an authoritarian structure that nonetheless is not immune to influences from the events of 1991. Mass protests have challenged the legitimacy of Putin’s rule. His reaction has been more authoritarianism and more of an aggressive foreign policy aimed at distracting the domestic agenda and appealing to sentiments of national pride.

Russia has also inherited a strong military machine from the communist era, in deep contrast to the undeveloped civil-economic sector.  This military might have enabled Russia to pursue imperial ambitions and extend its influence, but mainly through military means. That is the case with Russia’s intervention in Crimea, in Georgia and in a different manner in Syria. As a military superpower Russia supplies weapons to regimes it considers allies or friendly to its cause such as Venezuela, Nicaragua, Pakistan, the Taliban and others.

However, Russia is not an economic power. It is among the lowest of the G-8 and recently has started a foreign aid program that still remains limited. Domestic economic challenges and Russia’s dependency on oil aggravates this problem. The crony capitalistic system that favors oligarchs with ties to the regime does not extract the best creative energies of the Russian people.

Translated into global influence we can say that Russia’s soft power is weak.

China by contrast is an economic superpower that through trade has penetrated large parts of the world. It is technologically advanced and is the fastest growing economy despite the fact that the majority of its economy still belongs to the public sector. China is the largest manufacturer of goods, and a major exporter and importer of goods. This gives China tremendous political influence in the world. Their economic power provides them with non-military soft power that provides them in turn with political influence.

It is possible and even imperative to stop an aggressive military power. Thus, Russia knows that if it crosses the line it may face America’s and NATO’s military might. However, to stop the trade and economic growth of a country is not really possible.  Nobody can stop a country from manufacturing and trading and less so countries that believe in the right to economic activity as a basic civil right. Yes, indeed the United States can sign agreements with other countries to include certain provisions as it did in the recent agreement with Mexico that established that high percentage of the automobiles’ must be made by domestic companies or establishes new rules that provide tariff benefits to those who use sufficient U.S and Mexican parts. However, this may have no more than limited effects. China continues to grow economically and its influence continues to spread.

There is no question that Latin America provides an example of China’s expansion. On August 20, El Salvador joined Costa Rica, Panama, and the Dominican Republic in supporting the ‘One China’ policy that stipulates that the now independent Taiwan is either part of China or a special administrative region of China.

True, the United States can adopt a similar attitude and adopt commercial strategies aimed at increasing political influence. Secretary of State Jim Mattis’s visit to Latin America, which I covered in my latest article,  intended to expand cooperation with these countries having in mind the increasingly economic and technological influence of China.

However, the good news is that the economic aspect, as important as it is, does not fully determine political influence. The United States can find opportunities in areas where neither China or Russia can match and this is the realm of nation building, democracy development and the rule of law.

At this point, there is a social movement across Latin America that is fighting against corruption. Corruption is a cancer in Latin American societies that has destroyed the power of the law, it has enabled criminality and government abuse and has also been one of the most important sources of economic decline. All this at the expense of the population and civil society.

Just recently, the former president of Argentina, Cristina Kirchner, has come under investigation that included a ride into her home, unanimously approved by the Argentinean senate. She is suspected of major bribery schemes that involved members of her government and a number of businessmen. The investigation means there is a good chance that Ms. Kirchner be prosecuted and sent to jail. Likewise, in Brazil, a court forbade the former president Luiz Inacio “Lula” Da Silva from standing in the presidential election that will take place next week. Lula was jailed on charges of “passive” corruption and money laundering last year. Lula publicly appealed to his popularity to demand absolution. But the judges demonstrated that nobody is above the law. He remains in jail.

By the same token, Latin American countries and societies by and large are rejecting the models presented by Venezuela, Cuba and their allies.

Support for democratic rule and the rule of law is the pillar that will make America hegemonic again. America has an opportunity to help these countries restore the rule of law and fight corruption. The Chinese care little or nothing about it. On the contrary, the more authoritarian the regime, the more convenient it is for Beijing, certainly more now that the Chinese leader Xi Jinping has moved to strengthen his control of the country and institutions. Democracy is to the Chinese regime what “kryptonite” was to Superman: a direct threat to its body and soul.

If we invest in reinforcing the implementation of these shared values of liberty, we can take the next step, (which I also discussed in my latest article) and that is to incorporate Latin American countries into an alliance of democratic countries. Incorporating them into NATO and other types of democratic political and military alliances should be a key goal of American foreign policy.