The Khashoggi, Alban And Nisman Cases: Are We Consistent on Our Human Rights Policies? Combating Racism and Anti-Semitism Includes Fighting Against BDS 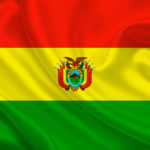 Bolivia: The Next Explosion After Venezuela and Nicaragua

The international community must speak up before it is too late

While the Financial Times and some other mainstream media have described Bolivia as having a successful business model, these publications along with certain academics have overlooked its political tilt towards authoritarianism.

Bolivian President Evo Morales has been praised— despite his anti-capitalist and anti-Western rhetoric— because he has acted pragmatically, seeking foreign investment and maintaining partnerships with foreign companies in their exploitation of natural energy resources.

Some have argued that although Morales campaigned in favor of nationalizing industries such as oil and gas, his nationalization programs have in reality been limited to the renegotiation of energy contracts with foreign companies.  Morales continues to maintain communication with private banks and other capitalistic elements. Likewise, he has also courted support from Wall Street.

The positive economic picture, unlike that of Venezuela, belies what is going on beneath the surface even if economic prosperity is likely to continue. To certain observers, Morales’s pro-Venezuelan, radical rhetoric is interpreted as merely a front. For example, two scholars from American University, Robert Albro and Michael McCarthy cited how indigenous populations have forced Morales to back off from building a highway through a national park occupied by indigenous communities. For them, this is a sign that Morales’s authoritarian approach is limited by the social and political reality of the country. Thus, they have summarized the Bolivian case as follows:

Morales’s desire to stay in office indefinitely may recall Venezuela’s Chávez. But ultimately we see him as a distinctly Bolivian kind of left-wing leader, constrained by economic and political forces that do not exist in Venezuela.

To win Bolivia’s October 2019 presidential election, Morales must uphold the social contract he made with the country’s popular and indigenous majority.

If Morales takes a Chávez-like turn, we believe Bolivians will ensure that his fourth term is a short one. After all, authoritarianism is the antithesis of “leading by obeying.”

I consider Abro and McCarthy’s description of the Bolivian regime incomplete and, as a result, also misleading.

Morales is turning increasingly authoritarian, as seen by the stifling of press freedom, the aggressive occupation of public spaces by government forces, the increased power of the government over the courts and other public institutions and the contempt for constituencies and civil society.

I would argue that sooner or later the situation will explode. Let us take the example of Morales’s ally, Daniel Ortega of Nicaragua. President Daniel Ortega, like Morales, has maintained a pragmatic attitude towards the economy while reinforcing his authoritarian rule through electoral fraud and other mechanisms of illiberalism. The business class went along with Ortega’s authoritarian behavior out of self-interest.

COSEP demanded the exit of Ortega and supported a dialogue that would have led to elections and an eventual transition. As a result, Ortega delivered a virulent and threatening speech against the entrepreneurs and accused them of promoting “economic terrorism.”Thus, the pragmatic consensus that existed between the government and this sector collapsed. In the words of COSEP’s president“It is not the same to negotiate under autocratic conditions than to negotiate in a situation where the government conducts assassinations, repression and destruction.”

Given Ortega’s response, the business community was no longer willing to live with a murderous and repressive regime.

Bolivia’s picture raises the possibility of a similar situation.

Indeed, in 2016, Bolivians rejected a public referendum on Morales’s indefinite re-election. Despite this result, a constitutional court, controlled by Morales, declared that the constitutional clause limiting presidents to two terms could be ignored. If there is any doubt that the Bolivian regime is substantially different than the Maduro or the Ortega regimes, Morales’s statement last year says it all. During a rally Morales pointed outthat “We aren’t renters. As social movements, we have come to the presidential palace to stay for all our lives.”

Protests in Bolivia ensued last February as it became clear that Morales’s decision was to reject the people’s will. Students joined the protests. A student was killed. To gain some popularity Morales ordered a series of economic populist measures to increase salaries in coordination with trade unions while ignoring the business sector, altogether. In August, Morales was forced to cut his speech short during an Independence Day celebration as protests turned stronger and stronger.

In a decision by The Hague this past October, Morales lost his bid to secure Bolivia’s access to the Pacific Ocean (Bolivia is landlocked). That represented a serious blow to the Bolivian government that has been pledging for years to win a legal battle against Chile over land access to the Pacific Ocean.  The government sought to compensate for such a setback by again ordering to double workers’ year-end bonuses given “the economic growth of the country.”

Even the indigenous populations that form the main constituency that brought Morales to power suffered repression. Indeed, as we pointed out indigenous people protested the construction of a highway and eventually Morales ordered that construction be discontinued. Yet, some indigenous groups abandoned Morales. Morales resented the protests and proceeded to influence and divide indigenous groups to force their leadership to be loyal to Morales’ Movimiento al Socialismo (MAS) party. Indigenous leaders observed that“loyalty to Morales has become more important than the cause of helping indigenous populations”. Furthermore, an indigenous judge was removed from office by the Morales- controlled senate for opposing certain government initiatives.

The Bolivian judiciary is supposed to be independent but has been subjected to undue influence, particularly from the executive power. In addition, allegations of corruption abound. Judges were allegedly pressured to change verdicts or their rulings were driven by fear of becoming the target of government harassment. The political opposition is treated badly. It has been reportedthat Bolivian Police systematically torture prisoners

Morales is surrounding himself with “yes men” and ideology is overcoming pragmatic considerations.

Therefore, it is reasonable to think that sooner or later riots in Bolivia will intensify, just like in Nicaragua, which the government will most likely repress with brutality. There is no doubt that as Morales operates on two tracks maintaining a radical ideology with an element of economic pragmatism, it will be his revolutionary ideology that will prevail.

Furthermore, like Venezuela, Bolivia could also turn into a full-fledged narco-state.  Bolivia passed a law last year with great input from coca growers. The law allows for the expansion of the areas where coca can be cultivated. Likewise, the law allows the government to regulate the sales and distribution of the leaf.

It is difficult not to see that state-sponsored drug production and trafficking couldeasily develop into a major criminal, authoritarian enterprise that will be hard to stop. Currently, Colombia and Peru are the largest producers of coca but such cultivation is illegal. With Morales’s legalization and expansion, Bolivia could well turn into a mega narco-state.

As former Bolivian Defense Minister and now director of the Interamerican Institute for Democracy, Carlos Sanchez Berzain has repeatedly reminded usthat most of the coca produced in Bolivia does not reach the legal market. This is why at the UN General Assembly in 2016, Morales made a call to dismantle the Drug Enforcement Administration and close the U.S. military bases in the region.

Currently, theVenezuelan and Nicaraguan crisis are occupying the U.S. and the Organization of American States’ (OAS) attention, which is a good thing. But it is clear that Bolivia is next to erupt and that this country needs to be closely monitored.

Now is the time for the international community to speak up before it is too late.