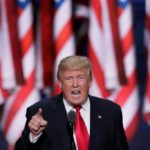 Trump Administration Has Taken Important Steps on Cuba, Venezuela and Nicaragua But Must Upgrade Sanctions

The House of Representatives approved the Nicaraguan Investment Conditionality Act (NICA), which is a set of sanctions against the Nicaraguan government and its accomplices. Late in November, the Senate approved the measure and it is expected to be signed by President Donald Trump. Once NICA is signed by the president, the Treasury Department will instruct the International Monetary Fund (IMF), the World Bank and the Inter-American Development Bank to oppose the approval of credits for Nicaragua. Likewise, the assets of those responsible for repression in Nicaragua will be frozen and visas to these individuals will be denied.

This major measure against the Nicaraguan government follows a set of sanctions that were imposed on Nicaragua’s first lady late in November and also against Venezuela and Cuba.

Early in November, the Trump administration also imposed sanctions on the Venezuelan government that target the gold sector and prohibit American citizens from doing any deals with that sector. This follows sanctions imposed on four key people who are part of the inner circle of the Venezuelan government on grounds of corruption and human right violations. They include Nicolas Maduro’s Vice President, Delcy Rodriguez, his wife, Cilia Flores as well as the Defense Minister, Padrino Lopez, and the information minister, Jorge Rodriguez.

Then the Administration spoke about the possibility of adding Venezuela to the list of countries that sponsor terrorism given Venezuela’s multiple connections with terrorist groups such as Hezbollah and the Revolutionary Armed Forces of Colombia (FARC).

The Administration also turned its arrows on Cuba last month when it announced that it is considering imposing sanctions on Cuban military and intelligence officials for assisting Venezuela in cracking down on political dissent. The idea is to make sure that the Cuban military and political leadershipdo notget access to U.S. dollars.

These developments are extremely important at this time after a lost decade under the Obama Administration when a futile reconciliation was sought with Venezuela and Cuba.

This new strategy has been laid out by National Security Advisor John Bolton in a speech delivered at the Miami Dade College early in November. Bolton pointed out that “in Cuba, Venezuela, and Nicaragua we see the perils of poisonous ideologies left unchecked and the dangers of domination and suppression.” “Under this Administration, we will no longer appease dictators and despots near our shores”and “we will champion the independence and liberty of our neighbors”.

These words are, indeed, dramatic and represent a breakthrough with the passivity displayed during the past almost two decades.

Bolton called Cuba, Venezuela, and Nicaragua the “Troika of Tyranny” and defined them as a source of regional instability. This represents an important recognition that these countries are dictatorships that not only violate human rights but also hold connections to rogue and criminal elements that destabilize the region.

Bolton also rejected the fallacy of maintaining secret communications with Cuba, a device that has served the regime to avoid pressure to decompress its authoritarian rule. Thus, Bolton announced that pressure on the Cuban government would continue. In addition, Bolton denounced Cuban support for the Venezuelan regime and declared his intention to achieve freedom for the Venezuelan people.

This policy is what many in our circles have been advocating for decades.

However, the United States cannot do it alone. The next step should be to make sure that these countries do not establish alliances with other countries. Russia and China are already supporting these regimes and will continue to do so. The question is whether European and Latin American countries could follow suit and help exercise effective pressure.

At this point the European Union has imposed travel bans and asset freezes against some senior officials in the Maduro government. However, Maduro himself has not been targeted.

Likewise, it imposed an arms embargo onwhich Venezuela does not depend. Major financial sanctions have not been imposed yet and it is not clear if they are willing to follow the “Bolton Doctrine.”

Furthermore, in Spain, the socialist government of Pedro Sánchez and his far-left parliamentary allies such as the party PODEMOS, not only support Nicolas Maduro but some of them have even served as Maduro’s advisors. Sanchez, who is a relative moderate, has fallen under pressure from his political partners and has expressed public support for dialogue. From years of experience, we know that dialogue is a total farce and a way to keep domestic and international pressure on the regime at bay.

Latin American countries have been solid in their calls for support of democracy in Venezuela and the region. However, they have done nothing practical to make things happen. Last September the member countries of the “Lima Group” (Argentina, Brazil, Canada, Chile, Colombia, Costa Rica, Guatemala, Honduras, Mexico, Panama, Paraguay, Peru, Guyana and Saint Lucia), a group formed to resolve the Venezuelan crisis, issued a weak statement calling for a dialogue and negotiations. By the same token, it miserably failed to impose financial sanctions. Furthermore, that statement was interpreted by the Colombian government as a criticism of the Secretary General of the Organization of American States (OAS), Luis Almagro, who has been a true leader in promoting democracy in Venezuela.

Therefore, Colombia and Canada refused to sign the statement. So far, Latin American countries have not frozen assets of individuals responsible for human rights violations or imposed any type of sanctions or restrictions. As former U.S Ambassador Patrick Duddy has rightly pointed out “Although two or three (Latin American leaders) have flirted with the idea of imposing financial and travel restrictions on key Venezuelan officials, most have limited themselves to criticism and expressions of concern”.

Latin American countries must stop this nonsense and have the courage to impose sanctions on human rights violators onthe continent.

In order to implement the doctrine presented by John Bolton in Miami in themost effective way, it is probably a good idea to follow the model of Iran sanctions. In other words, if European companies decide to do business with these countries it would not be possible to do business with the United States. Sanctions not only need to be expanded but also be elevated to the status of Iran sanctions.

It is important to start with the designation of Venezuela as a terrorist state as Senator Marco Rubio (R-FL) and others have suggested, with a willingness to target its oil industry. If the concern is with the Louisiana refineries, they are likely to survive as oil barrels will continue to come from Canada and in addition these refineries are already looking for alternative oil suppliers.  A recent report spoke about an expected increase in the demand for jobs in these refineries, despite the huge decline in oil production in Venezuela.

This is a step that must be taken because it is becoming a threat to regional stability and national security. Venezuela is already adopting the Cuban model of domestic and foreign policy. Nicaragua is next and Bolivia is most likely to follow.

The Cuban model is a stubborn system that conducts brutal repression, and does not care about legitimacy or the well-being of civil society. The regime seeks to stay in power at any price.

This model endangers regional democracy as it uses elections to thereaftertransform the country into a dictatorship. This has taken place in Venezuela and in Nicaragua and very well could happen againelsewhere in the region.

What the current Administration is doing has tremendous importance and it would be highly significant and meaningful if the international community were to join these efforts now.