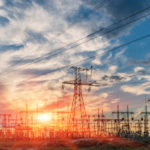 What Happens When the Grid Goes Down

As if the complete — and inevitable — collapse of Venezuela’s disastrous socialist experiment were not bad enough, the long-suffering population there is now five days into a near-total collapse of its electric grid.

People are increasingly desperate for the most basic necessities of life, most especially water.

They are jostling to fill containers from the filthy, contaminated water coming out of a leaking pipeline along the Guaire River. Those needing regular or urgent hospital or medical care are simply out of luck and dying. Food, what little of it there is, is spoiling. Cell phones don’t work. Vehicles sit where they ran out of gas, while others limp or are pushed into the few remaining gas stations with their own generators. Looting is widespread.

Schools and public offices were closed at the beginning of the week with accusations flying between the embattled President Nicolas Maduro and opposition leader Juan Guaidó, who was declared the legitimate President of Venezuela by the National Assembly in January 2019, backed by the U.S. and dozens of other countries in Latin America and around the world. By Tuesday, March 12, the U.S. ordered its diplomatic mission in Venezuela closed and all American personnel to return home.

The electricity outage began on Thursday, March 7, when the country’s primary hydroelectric plant at the Guri dam in eastern Venezuela experienced severe problems.

The Guri plant generates 80 percent of the country’s electricity. Although the exact cause of the problems that triggered the massive nationwide electric failure has not yet been identified (publicly at least), poor maintenance and plant management over a period of years surely contributed to what is now essentially a grid down, black start situation. It is unknown even whether Venezuela has the “specialists, workforce, and spare equipment available on the ground” that would be necessary to get Venezuela’s electric grid back up and running, according to a March 12, 2019, Wired article. Indeed, as the Wired piece explains, if the country’s grid infrastructure has been physically damaged badly enough or was already in such a bad state of disrepair that attempting a so-called “black start” leads to even more problems, including explosions, then Venezuela is facing a truly dire situation.

Now, let us step back from Venezuela for a moment and consider what could happen right here in the U.S., were a massive solar flare or nuclear Electromagnetic Pulse (EMP) attack to hit our own civilian electric grid. Although we can be confident that U.S. grid maintenance has a better track record than Venezuela’s, because the U.S. civilian electric grid is largely unprotected against EMP effects (which can be generated by either the sun or an enemy regime’s nuclear attack), we too could face the kind of devastating societal collapse we are witnessing in Venezuela.

Perhaps no one has warned about the existential threat to our unsecured grid for as long or with such expertise as Dr. Peter Vincent Pry, who served as chief of staff of the Congressional EMP Commission, on the staff of the House Armed Services Committee, and at the CIA. He cites the January 2019 report from the U.S. Air Force Electromagnetic Defense Task Force (EDTF), which calls upon the Trump administration to take urgent action to protect the nation’s electric grid and the entire U.S. critical infrastructure that depends on it from EMP threats. Another senior expert on the EMP threat to the U.S. electric grid is Ambassador (ret.) Henry F. Cooper, who writes frequently and with alarming clarity at the High Frontier website.

Ambassador Cooper, in collaboration with Dr. George Baker, has led a local effort to address the EMP threat from the bottom up in his home state of South Carolina, called the Lake Wylie Pilot Study. Encouragingly, he tells us that Pilot Study is now matured to the point of being able to expand it to surrounding areas. He also urged President Trump to expedite the signing of an anticipated Executive Order, which is expected to direct the Executive Branch “powers that be” to protect the nation’s electric power grid. Ambassador Cooper also asked that the President “please put someone in the White House in charge!”

None of this is a moment too soon. The EMP Commission told us a long time ago that EMP is included in the military doctrine of China, Iran, North Korea, and Russia. In a superb February 20, 2019, piece for The Hill, “Why Russia covets hypersonic weapons,” Stephen Blank, Ph.D., a senior fellow at the American Foreign Policy Council who focuses on the geopolitics and geostrategy of the former Soviet Union, Russia, and Eurasia, made the point that we have no time to lose. He warned us that “in the recent Vostok-2018 exercises, Russian forces and the Ministry of Energy conducted large-scale exercises to restore electric grids and power supply after an attack. In other words, Russia rehearsed an EMP (electromagnetic pulse) operation and its aftermath, strongly suggesting that it either expects or intends to launch one.”

The U.S. does not have to be Venezuela, either socialist or grid down. But the time to act is now and the example for how badly things can go wrong if we don’t is right in front of us.