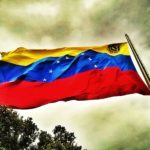 Our New Latin American Alliance Needs to Save Venezuela

By Secure Freedom Minute by Frank Gaffney On March 20, 2019

Following a meeting of the so-called “Two Trumps” – the American one and the “Trump of the Tropics,” Brazilian president Jair Bolsonaro – a potentially transformational partnership was announced.  President Trump declared that Brazil is now a “major non-NATO ally.” He even suggested it may become a NATO one.

This strategic alliance and the election of the conservative Bolsonaro that made it possible, may be the most strategic development in the Western hemisphere since Fidel Castro’s revolution ushered in five decades of leftist violence and oppression in much of the region.

But for this partnership’s promise to be actualized, it must engineer a hemispheric intervention to end the humanitarian crisis in Venezuela.  Before millions more Venezuelans flee their country or die there en masse, concerted regional action is needed to cut off the foreign-supplied financial and security life-support that sustains the Maduro regime.