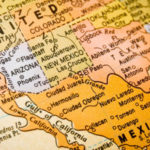 A Mexican Sea-Change on the Illegal Alien Tsunami?

By Secure Freedom Minute by Frank Gaffney On June 7, 2019

President Trump seems to have persuaded Mexican officials that there is, indeed, a crisis at the southern border – theirs with Guatemala, as well as ours with Mexico.

Suddenly, the government of Andres Lopez Obrador has apparently abandoned his previous stance that everyone in the world has a right to migrate to the United States and is welcome to come to Mexico for that purpose.

Press accounts say Mexico is stopping some Central American “caravans” and arresting several of those responsible for encouraging and facilitating them. 6,000 newly designated Mexican National Guard personnel are reportedly being assigned to help control their country’s southern frontier. We’re told further concessions are on offer, too.

If all this actually materializes and endures, it will be a powerful vindication of President Trump’s threats to impose sweeping tariffs on Mexican imports and a welcome repudiation of his critics.