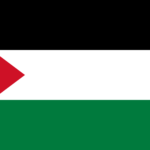 Although the Palestinians rejected it because it does not give priority to a political solution, there is some merit to this plan if it achieves the goal of normalizing Palestinian lives. An economic boost, if it succeeds, could provide Palestinians the hope to conduct a normal life and perhaps a hope for individual prosperity. Such infrastructure could provide more stability and legitimacy to a Palestinian entity whether independent or tied to an Arab country. It is in this sense that the Palestinian Authority’s rejection of the plan didn’t make much sense. What is curious about this rejection is that it was only the elites of Fatah and Hamas that rejected it. However, the voices of Palestinian society have not been fully heard. Palestinian masses didn’t rally against the conference. There were small demonstrations but organized by the elites.

The plan was presented at a conference in Bahrain this week. The conference was attended by some Arab finance ministers, heads of international financial organizations, private sector business executives and investors from many states.

The plan to certain extent represents the revival of the multilateral talks terminated in 1995, which were aimed at creating regional economic prosperity that would facilitate a peace agreement.

Participants at the conference including Arabs, Europeans and even the architect of the plan himself, Jared Kushner, agreed that economic reform must be followed by a political solution.

The good part of this Bahrain conference and the first economic phase of the plan is that it attracted the support of Arab countries again. In the past, Arab states withdrew from multilateral regional talks (that included a strong economic component) out of fear that economic cooperation could lead to an Israel-dominated Middle East. Then, Arab states failed to respond to former President Bill Clinton when he called them to persuade and back the Palestinian leadership to compromise with Israel.  Furthermore, Arafat then claimed he cannot give up sovereignty over the Temple Mount to Israel, otherwise he will be slaughtered. According to Arafat, the Muslim world would not tolerate such compromise.

The fact that the Arab states are on board now is at least good news. Without Arab states the chances that Fatah and Abbas would make a move towards peace are minimal. This economic development is needed for the Arab world since after the Arab Spring they can no longer rule without a dose of legitimacy.

As for the Palestinians, their hypocrisy regarding a political solution is amazing. Fatah rejected concessions and political solutions three times only to place impossible demands such as the “right of return”. Do they want a Palestinian state or the dismantlement of Israel as a Jewish state?

Furthermore, the Palestinians had no better friend than Barack Obama but the Palestinian leadership slapped him in the face too. Under the Obama Administration timeline, Palestinians hardly convened with Israelis to discuss peace, despite the 10-month moratorium on Israeli settlement construction. Furthermore, former Secretary of State John Kerry went a great length to try to find proposals to give momentum to the peace process. In March 2014, the Palestinin Authority president , Mahmoud Abbas was presented with a proposal that received no response from Abbas.[1]The proposal called for an arrangement based on the 1967 borders with mutually agreed land swaps and for a solution of the refugee issue that would not come at the expense of the Jewish character of Israel. It also called for East Jerusalem to be the capital of the state of Palestine. This, according to Tibon and Rumley, was the best offer Palestinians received from the U.S since the Clinton parameters were presented in 2000.” As Steve Simon, a former director of the Middle East desk at the National Security Council in the Obama Administration pointed out:

Kerry sketched out the terms of a grand bargain: Israel would release the fourth tranche (of prisoners), plus another 400 prisoners of its own choosing and forgo all new announcement of settlement construction throughout the West Bank (excluding Jerusalem),  In return Abbas would agree to a nine months extension of the talks…Abbas announced that if the fourth trance of prisoners were not released by 7.00 p.m.,  he would convene  a ceremony at his headquarters to announce a Palestinian Authority campaign for accession to fifteen UN conventions and international treaties…(Yet) an agreement appeared to be within reach on April 23. One can therefore imagine their surprise when Abbas repudiated the deal that evening in the most provocative possible way by signing an agreement with Hamas.

In fact, it was under Obama’s watch that Palestinians effectively sought to delegitimize the role of the U.S. as a mediator in the conflict with Israel, appealing to the United Nations instead. The Palestinians sought unilateral recognition of a Palestinian state by lobbying different countries. The Latin American region was the first to break with the traditional neutral position when then-Brazilian president Luis Inácio “Lula” da Silva stated that the United States has proven incapable of fairly mediating the Israeli-Palestinian conflict.

The Western and Arab media has blamed the isralei settlements for the lack of progress in the peace process. But the crux of the issue is that the settlement obsession ignores the real problem. As former U.S. negotiator Aaron David Miller and an opponent of settlement activity (and the Trump plan)  explained,

“Even if the settlement issue were resolved today, negotiations would still confront another galactic challenge: a crisis within the Palestinian national movement, with two authorities governing two discreet areas with two different security services, two different patrons and two different visions of the Palestinian future. The upshot of the battle between Hamas and the Palestinian Authority is that without a monopoly over the forces of violence in Palestinian society—without one authority to silence the guns and rockets—no agreement can be implemented”.

This is the reason why Obama and Kerry’s peace initiatives failed. The Palestinian Authority is not in a position to reach an agrement with Israel, and less so to run an independent Palestinian state.  Even Israeli opposition leader Isaac Herzog from the Labor Party presented a plan in early-2016 for unilateral disengagement from parts of the West Bank acknowledging that for now there is no partner for peace. The Palestinian Authority is trapped between a crisis of legitimacy among its own people and the threat of another coup d’etat by Hamas. An independent Palestinian state would have erase Fatah ‘s rule from the face of the earth. Meanwhile , under the status quo, it is the security cooperation with Israel that protects the integrity of the anemic and unsubstantial  Palestinian Authority.

In other words, the economic phase of Trump’s peace plan aims at developing the Palestinian infrastructure with the help of Arab capital and private investors. A Palestinian independent economic base obviously may circumvent the authority of the mega-corrupt Palestinian Authority, which has demanded instead a political solution but in the past rejected out of hand every reasonable political solution that was put on the table.

Abbas and his accomplices have caused as much harm to the peace process as Hamas. Their inability to sign a peace agreement is the result of their lack of legitimacy. A Palestinian economic boost promoted by Trump embarrasses Abbas for obvious reasons but at least provides an element of hope to normalize the lives of Palestinians and perhaps keep them away from the terrorist temptations of Hamas.

The fact that Arab states are on board and that their relations with Israel have improved may push the Arab states into playing a positive role in peace making. The PLO is a weak player that does not have the courage neither the strength to sign a peace agreement with Israel.