Give the Bahrain Conference and Trump Economic Proposal for the Middle East a Chance U.S., Lima Group, Must Reach Out to Winners of Argentina’s Primary Elections 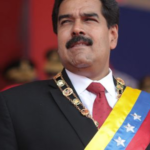 With regard to Venezuela, Pompeo’s presence in the region sent a message that the U.S. will not abandon its goals of getting rid of Maduro’s regime. The Secretary General of the Organization of American States (OAS), Luis Almagro, has urged the Trump Administration to increase pressureon Maduro, with special emphasis on the “Cuban factor”.  20,000 Cuban intelligence agents, previously trained by the Soviet KGB and East German Stasi,have been a key element in the survival of the Cuban regime. They have been able to foil plots against Castro and have been able to survey the military to avoid a coup d’ etat. They are protecting the Maduro regime with the same methods.

The effect of these sanctions is being felt. Cuba is now facing shortages of food, and fuel as well as other hardships that complicate the functionsof  everyday life.

However, it is important that any sanction should have a direct impact on those who occupy high positions in the security services as well as in the government of Cuba. For a regime that has become so accustomed to remain indifferent to the suffering of its own people, sanctions must affect the Cuban elites.

The torture and murder of Captain Rafael Acosta is a case in point. Acosta’s torture and subsequent murder constituted a message the regime sent to the military that criticism of the regime or dissent may lead to their suffering and death. Likewise, former Minister of Interior, Retired General Miguel Rodriguez was arrested last year for breaking ranks with Maduro under the charge that he “attacked the unity” of the armed forces. The events of April 30thdisplayed a situation where members of the intelligence service (SEBIN) such as Cristopher Figueres and the army joined the opposition and secured the liberation of opposition leader Leopoldo Lopez.

Venezuelan dissidents are being threatened with methods taught and used by Cuban intelligence. Such Cuban activities are likely to encourage “Venezuelanization” of other regimes in the region such as Nicaragua and Bolivia.

Therefore, it is crucial that the Trump sanctions be aimed at hurting the Cuban troops as well as the Venezuelan intelligence services even more than the military. At the same time, it is important to establish contacts with the military to encourage rebellion against their superiors.

In addition to the Cubans, the Russians are helping the Maduro government. On July 19th, a Venezuelan war plane manufactured in Russia aggressively chased an American plane, endangering the crew and the aircraft. United States Southern Command issued a statement via twitter pointing out that “this action demonstrates Russia’s irresponsible military support of Maduro’s regime,which undermines the international rule of law and efforts to counter illicit trafficking”. Russia has also sent 100 military experts to Venezuela.

At this point the Maduro regime is using the negotiations between itself and the opposition as a façade to gain time. Maduro has no intention ofgivingup power. As negotiations unfolded, Alexis Rodriguez Cabello was appointed chief of staff of the Venezuelan Bolivarian Armed Forces, the body with the most significantfire power in the country. Rodriguez Cabello is a first cousin of Diosdado Cabello, one of the strongest and most extreme members of the regime. Cabello is well known for being a key boss inthe Venezuelan drug trafficking state apparatus. Likewise, General Fabio Zavarce was appointed commander of the National Guard. Zavarce is connected with a regime para-military group called “La Piedrita”. “La Piedrita”is one of the most dangerous para-military groups responsible for violent actions in the Caracas area. These appointments were probably made not only to reinforce the regime but also to weaken the power of Defense Minister, Vladimir Padrino,who has become “less reliable” after he failed to avoid acts of dissidence during the events of April 30th.

All of the above shows that the regime will not be defeated easily unless their lives are made to be areal hell. Last week the Treasury Department imposed sanctions on four high military officers believed to be responsible for the torture and assassination of Captain Acosta.Likewise, the assets of the Venezuelan General Directorate of Military Counterintelligence (DGCIM) were frozen.

Sanctions against top security and political elites must be strengthened. Likewise, sanctions against Cuba need to be reinforced. President Trump should use his leverage with Vladimir Putin to urge Russia to stop arming Venezuela. It could also be a good idea to maintain and even increase existing sanctions on Russia. The U.S. must also continue efforts to approach key members of the military to persuade them to switch sides and offer them all needed protections.

The moment the United States gives in, the Maduro regime’s survival will be guaranteed. If it does survive, it is likely that the region will continue to be infested by drug traffickers and other undesirable elements. Latin American countries, particularly in the Central American triangle are already in a state of anarchy and suffer from high levels of crime. This problem needs to be addressedurgently regardless of Maduro. The multiplication of narco-states is a threat to the neighborhood where we live.

This problem, largely ignored overthe last 20 years, is an ongoing one. The removal of the Maduro regime would be just a first step in a long journey forour troubled neighborhood.