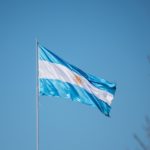 U.S., Lima Group, Must Reach Out to Winners of Argentina’s Primary Elections

In the primary elections in Argentina, the government party lost by a relatively large margin of 15%. The winner was the chief of staff of the former president Cristina Kirchner, Alberto Fernandez. His candidate for vice-president is Cristina Kirchner herself. The general elections will take place on October 27. However, the results of the primaries cast doubt on the chances of President Mauricio Macri to win the general elections.

According to Argentina’s law, anybody can vote in the primaries as long as he/she votes one time. There is no need for party registration or affiliation. Therefore, the primaries (called “PASO” in Argentina) are considered to be a prelude to the results of the general elections and not merely a reflection of intraparty preferences.

Macri’s chances are not impossible, but he has to work hard to convince voters to vote for him. His defeat comes against the backdrop of inflation, high unemployment, and industrial decay. But perhaps more important, it was Alberto Fernandez’ ability to unify a Peronist movement that set the path to victory. The Peronist party found itself divided as a result of the the actions and policies of Cristina Kirchner.

Fernandez won despite the serious allegations against Cristina Kirchner over corruption. That was obviously less important to the Argentinean voter who cared more about the economic situation. Historically, a strong Peronist movement has always been more attractive to Argentineans who view Peronism as a strong force capable of confronting national challenges better than others. Because of this, they are willing to ignore Peronism’s failures. Indeed, when the government of Raul Alfonsin confronted serious economic problems, voters resorted to Peronismas salvation. The same happened when the late former president Fernando De La Rua faced another serious economic crisis.

Kirchner is part of the economic problem that Macri needed to confront.

It is not clear what kind of influence Kirchner will have on a Fernandez government. Kirchner adopted a radical foreign policy and established a strong bond with the regime of Hugo Chavez and Nicolas Maduro; it tried to normalize relations with Iran; attacked opponents, tried to control the media and subdued the judiciary

In recent statements, Alberto Fernandez distanced himself from the Venezuelan regime, calling it “an authoritarian regime, difficult to defend.” This stoked the rage of the Venezuelan government. Indeed, Diosdado Cabello, one of the strongest figures in the Venezuelan regime who has been sanctioned by the U.S.government over human rights violations and drug trafficking, warned Fernandez that he wasn’t elected because of him.Rather, this was the will of the Argentinean people who “rejected neo-liberal economic policies.” Cabello’s words reflected the desire of the Venezuelan government to return Argentina to the Kirchner years and make it part of the anti-imperialist regional coalition. A few weeks prior to the election, the Foro de Sao Paulo, (a gathering of left-wing political parties, left organizations and armed groups such as the former FARC and ELN)gathered in Venezuela. At the end of the meeting they adopted resolutions in support of the Maduro Regime and also supported several candidates in the region including the Fernandez- Kirchner ticket.

The question is if Fernandez will continue Macri’s position towards Venezuela. Despite Fernandez’s recognition that Venezuela is a dictatorship, it is not guaranteed that he will continue Macri’s policy of isolating and pressuring Venezuela. Fernandez has a base of support where the left constitutes an important component. He can come under pressure to abandon the Lima Group or other anti-Venezuelan regional or international coalitions.

Fernandez had a close relation with Nestor Kirchner, who served as president of Argentina from 2003 to 2007 and died in 2010. However, he clashed with Cristina Kirchner and resigned from office as a result of this. Fernandez reconciled with Kirchner as a result of his efforts to unify the Peronist party.

It is not clear how Fernandez will handle Kirchner or her influence.

Another problem is what will happen with the upcoming trials of Ms. Kirchner. Ms. Kirchner has different open charges including illegal association, money laundering, cover up and fraud. However, since she is a Senator, she is immune from prosecution. She claims she is the victim of political persecution.

If the government decides to end the trials through pardons or other means, it would be an act of total corruption that would contribute to the lawlessness the country has long been experiencing. Fernandez visited former Brazilian president Luiz Inazio “Lula” Da Silva in prison and denounced his imprisonment as an injustice and compared it with the judicial action taken against Cristina Kirchner and Rafael Correa of Ecuador. Lula was convicted of receiving a bribe from a Brazilian construction company and was sentenced to 10 years in prison. In January 2018, a Brazilian court sustained his conviction and added two years to his sentence to make it 12 years. Ecuador’s Attorney General requested that the National Court of Justice ask Interpol to capture former President Rafael Correa over accusations of bribery, illicit association and influence peddling. Correa is also suspected of orchestrating the illegal kidnapping of an Ecuadorian diplomat accused by Correa of espionage.

Mr. Fernandez’ apologetics for these individuals that have abused their power in office raises a red flag. Will Fernandez reverse his position towards the pro-Maduro left-wing camp or will he be a different type leader? Will Kirchner try to pressure him to take a radical path as she did during her tenure as president? What will happen is uncertain. However, it is important to be ready for the worst-case scenario. Therefore, it is important for the United States and the Lima Group to begin to reach to Mr. Fernandez to make sure that Argentina stays among those who demand freedom, human rights and regime change in Venezuela and those who remain committed to democracy and human rights in the continent.