U.S., Lima Group, Must Reach Out to Winners of Argentina’s Primary Elections The U.S. Should Keep American Companies’ Assets & Presence in Venezuela 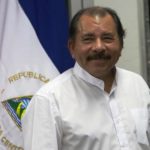 Regional Escalation in the Western Hemisphere

The crisis in Venezuela is already having major regional consequences.

Two events highlight the drama. First, a dissident group from the Revolutionary Armed Forces of Colombia (FARC), a terrorist group that fought the Colombian State for 50 years, and the Colombian guerrilla group the National Liberation Army (ELN), are openly operating from Venezuelan territory with the Venezuelan regime’s approval.

The second event, ratcheting up repression by Nicaraguan president Daniel Ortega, has recently forced out a former ally and Supreme Court judge who dared to criticize him. Likewise, he forced a major newspaper, critical of the regime, out of business.

The presence of FARC dissidents (those who rejected the peace agreements with Colombia and refused to integrate into the political system) and the ELN was denounced by Colombian president, Ivan Duque, at the UN General Assembly. President Duque presented a few photographs prepared by the Colombian intelligence chief. The photographs turned out to be fake, which led to the dismissal of the intelligence chief. However, President Duque later presented videos and photographs once again denouncing the presence of guerrilla groups in Venezuela.

Despite the poor judgement displayed by the Colombian intelligence chief, there is no question that the FARC and ELN presence in Venezuela is real. But this is not the only danger as the FARC files captured in an early 2008 raid conducted by the Colombian Army in Ecuador, reveal the value of the FARC to the Venezuelan regime.

The files indicate that these guerrilla groups would play a dual role. First, they would operate as an asymmetric force to protect the regime, namely as a para-military group. Secondly, such groups would help expand the revolution abroad.  These para-military forces are crucial to the regime, particularly now when the regime has become paranoid and no longer trusts its own security forces including the military and internal security forces.

Therefore, the regime no longer trusts any Venezuelan institution or any individual associated with those institutions. Maduro and his cronies don’t even trust those who appear to be loyal on paper, like the security forces, police, and the military.  Thus, the regime resorts to foreign guerrilla groups, criminals, thugs and Cubans for its protection.

Furthermore, this army of thugs could come to the help of similar regimes that are part of the Cuban/Venezuelan project. Case in point is Nicaragua. The fact that Ortega is making negotiations with the opposition difficult in addition Such resistance has encouraged this attitude.

Furthermore, it makes sense that the FARC/ELN forces may move on to also protect the Ortega regime. If the FARC dissidents and ELN proceed to operate in Nicaragua, the number of dead people may increase dramatically in addition to the hundreds the Ortega regime has already killed.

The FARC dissidents, the ELN and Hezbollah operatives in Latin America may increase their role in determining the future of the region by protecting and encouraging rogue regimes that also support their drug trafficking and criminal activities. These criminal activities have already transformed most countries in Latin America into anarchic areas where governments look more like decorations and are less in charge.

The Western Hemisphere, the neighborhood in which we live, is becoming a more unpredictable and dangerous region. The first step to fight this is to secure the downfall of Mr. Maduro and his rogue regime. The more this step is postponed, the more problems will escalate.  We will continue to analyze these ominous developments in the coming articles.