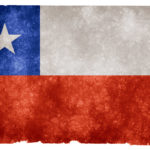 The Crisis in Chile: What is Happening?

The Peruvian writer Mario Vargas Llosa expressed surprise as violent protests erupted in Chile. Vargas Llosa rightly points out that Chile has most successfully overcome underdevelopment in Latin America by lifting hundreds of thousands of people from poverty. By the same token, since Chile transitioned to democracy three decades ago democracy has been maintained. The right and the left have co-existed harmoniously. The center left governed for 24 years and the center-right for about 5 years. Like the center-right, the center left has supported private entrepreneurship, free markets and global integration.

However, the “Chilean Miracle,” as it is known, had flaws that eventually led to social protest.

The increase in the price of an underground metro ticket was a trigger for the protests, but it was only the tip of the iceberg.

Unhappy Chileans seem to have focused on several issues.

First, Chileans were protesting the system of retirement and pension plans. This system was created under the rule of general Augusto Pinochet in the early 1980’s. Under this plan, individual pensions are managed by a series of private financial institutions. This system is not without its flaws. A counterpoint often cited is that those who manage these pensions are the richest entrepreneurs, while many retirees receive pensions below the minimum salary.

Chileans have also protested the tax system as it is argued that the richest people pay less taxes than the rest, but additional arguments denounce high inequality and concentration of wealth in the upper-class. However, the Economic Commission for Latin America (ECLA or CEPAL in Spanish) claims that Chile considerably reduced poverty in the last several years, having the lowest poverty rate in Latin America. In addition, ECLA also reported earlier this year that 1% of the Chilean population controls 26.5% of the national wealth while 66.5 % controls only 2.1% of the national wealth.

Education is another issue.  Education is viewed, like in most developed countries, as a key to social mobility. Many Chileans don’t have access to a good education for their children that would prepare them for higher education and social mobility. The root of the problem occurs in elementary, middle and high school. The quality of schools is tied to socioeconomic status: the schools in more high-income neighborhoods are much better than schools in low-income neighborhoods. As a result, those who live in more privileged neighborhoods are better prepared for higher education than those who don’t. Those who attended better elementary, middle and high schools are able to access the public university system (which is free) whereas those who came from less privileged backgrounds don’t have good enough scores to get in to the public universities. This leaves them no choice but to attend private universities whose tuition is prohibitive. In other words, in Chile, social mobility and other expectations generated by the meritocratic system are not fulfilled. This has triggered anger and resentment.

Another problem Chileans have raised is the problem of health. Health, contrary to the retirement pensions, is managed by a mixed public and private system. Most people have access to the public system, which suffers from several problems. Among the many issues with the health system are a lack of hospitals and specialists. In addition, waiting lists for getting an appointment are so long that some witnesses have said that patients received notification of their appointment after they were dead. Premiums are high and coverage is insufficient. Only about 20% of the population can pay for better health care.

Pinochet adopted the economic philosophy of Milton Freedman, according to which a free market with as less state intervention as possible will benefit everyone. This neo-liberal model applied by the Pinochet government turned Chile into a mega-private enterprise where everything is private, including large parts of the public services. Public welfare such as pensions and healthcare became a profitable business. Likewise, many Chileans believe that the private sector doesn’t treat their workers or the consumers properly. The increase in the price of public transportation is widely perceived as having been motivated by the need for profit. Similarly, in 2008, a state investigation found that three major pharmaceutical chains colluded to raise the price of more than 200 drugs used to treat chronic diseases. A similar practice occurred in other industries that provide necessities like toilet paper, bringing millions of dollars profit to big corporations while the state watched passively.

Part of the problem, many believe is embedded in the Chilean constitution which originated during the Pinochet dictatorship and was incrementally reformed several times. Although these reforms have changed important aspects of the constitution, in the eyes of the population, it has not been enough. The Chilean constitution presents obstacles that limit the ability of the state to apply public policies aimed at providing welfare and social assistance. The state recognizes and protects “intermediary groups” such as professional associations and business associations. These entities are viewed as natural social gatherings and superior to the state. Therefore, a state that intervenes and acts before private entities do is not acceptable.

This has limited the ability of citizens to place demands on the state and government and the state has lost its ability to apply regulatory power on issues such as education, health care, and retirement plans.

The constitution also confers more power to minorities, whom mostly support the status-quo. To modify or change a basic constitutional law or provision, 4/7 of the Representatives and Senators must approve to do so.

As an example, during the presidential term of Ricardo Lagos (2000-2006), the president proposed an unemployment insurance bill. A few members of parliament claimed that such a measure should be undertaken by the private sector and not by the state. The objection of a minority was enough to abort the project and as a result, the project of universal unemployment protection died out. Thus, the constitution is widely perceived by citizens and analysts as beneficial to the economically powerful and special interests. Many citizens lost confidence in state institutions and the political class.

Because of this, Chilean President Sebastian Pinera reshuffled the cabinet and introduced reforms including not raising the price of the metro and providing a 20% increase in pensions. Likewise, he showed willingness to introduce constitutional reforms.

Still, protests have continued, some of which have become violent. Vandalization and destruction of property has been estimated in the hundreds of millions of dollars. Looting of supermarkets, destruction of metro stations and university buildings has gone out of control.

The Piñera government, initially shocked and surprised by the violence, responded by sending in the military and carabineros (Chilean police in charge of order and security). Curfews, along with some excesses and violations of human rights took place in a country still traumatized by the 1973 coup d’état and the ensuing military rule that lasted 17 years.

However, the president later apologized and members of his governing coalition showed understanding and willingness to change. One of them pointed out that “we cannot expect the Carabineros to be responsible for putting an end to the violence. We, the politicians, are the ones responsible for ending the violence and this can be done only through far reaching social reforms. People will stop protesting when they feel they are being heard.” Another member of Piñera’s coalition pointed out that “we have to assume the responsibility of generating a meaningful social agenda aimed at improving the pension plans, healthcare and the quality of life.”

Piñera also met with members of the opposition. They reached a compromise on taxation reform.

Chilean protests have been used to stigmatize Chile and its model of development as a failure and present socialism as the solution. However, this is a partial and biased analysis. On one hand, the Chilean model of economic development brought about tremendous growth and considerable reduction of poverty. On the other hand, it is also clear that the model restricts the ability of the state to apply welfare and redistribution policies even when they are vitally needed. It is also clear that the political class has been slow in responding to these demands and in creating a stronger connection with civil society.

Despite all this, we are seeing a remarkable example in the Chilean political class, that instead of turning defensive and blaming third parties such as the opposition, globalization, or another remote entity, it has assumed responsibility and has responded as democratic leaders should, in sharp contrast with what happened in Venezuela, Nicaragua, Evo Morales’ Bolivia, and Kirchner’s Argentina.